The Car Parades of COVID 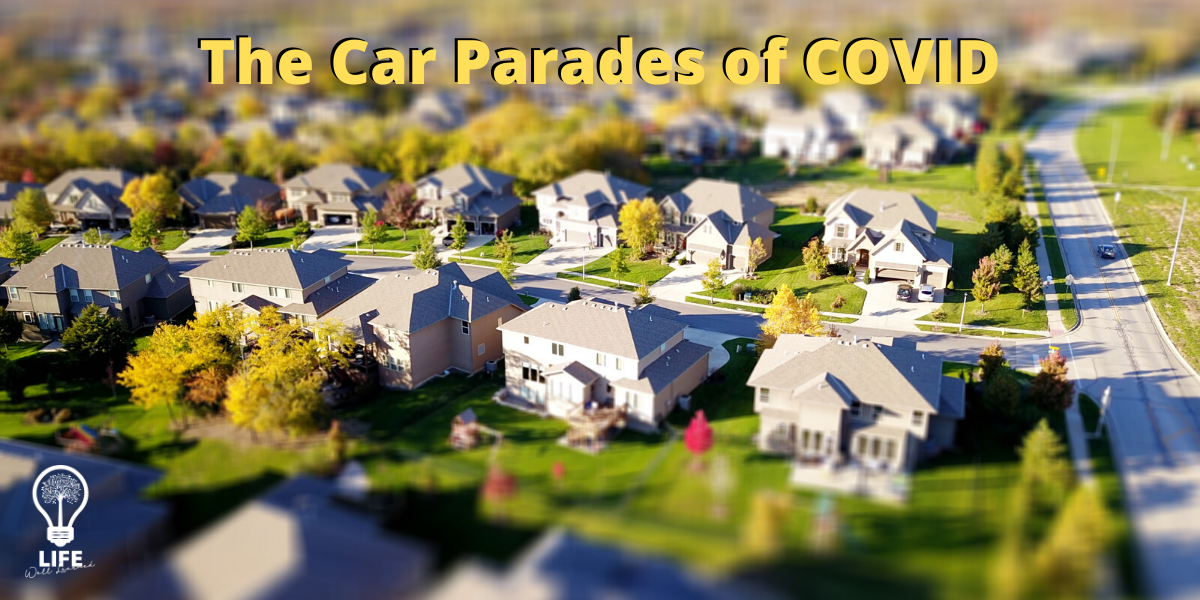 The Car Parades of COVID

2020 has been a year I’m sure none of us will ever forget. The Covid-19 virus has impacted our day to day lives in ways that couldn’t before have been imagined. With everything that is currently happening in this world, I think we sometimes need something to remind us of the good that is out there.

My name is Seanna Bradley and I am the Deputy Mayor for the tiny Village of Barker, NY. Our population as of the last census was 533. We are part of the Town of Somerset and the Barker Central School District.

In late March our Chief of Police, Tim Braughler, contacted me to ask what I thought about doing a community parade to liven the spirits of our citizens. Social distancing and stay at home orders had just begun and everyone seemed to be overwhelmed and a bit down. I wholeheartedly agreed that this would be a great way to raise the spirits of the community. After having discussions about how to proceed, we decided that instead of just doing a parade in the Village, we should try to hit as many houses in the school district as we could. Being in such a rural area, it is rare that parades or events happen outside of the Village limits and we wanted to try to bring as much joy as we could to as many families as possible.

We immediately started planning (on a Monday) and decided to hold the parade the following Saturday. We posted about it on our Facebook page and asked that people decorate their homes with the theme Barker Strong in mind.

The day of the parade came and I spent most of my morning on the phone discussing how we would organize while my husband Phil cut out letters and colored posters with our three girls. We had mapped out a route and decided to start at the school. When my family arrived at the school (late, because, three kids) I was amazed.

The Barker PD, Somerset PD, Acting Niagara County Sheriff Mike Filicetti, NCSO Deputy Keith Hetrick (a Barker grad) , Barker CSD administrators, Somerset Town Employees, Village of Barker employees and many members from the Barker Village Board were all there.  As I was attaching signs to my car, the Barker Fire Department pulled in with the Hartland Fire Department following in what probably totaled to be 10 vehicles. It was an incredible moment. What had started as a few cars driving through the Village had suddenly become a full fledged parade. My family was in the first vehicle and at one point I remember turning a corner in the Village and watching as the vehicles in the parade wrapped around an entire block.

The route took us almost two and a half hours to complete. Every minute was worth it. I was in awe of how many people decorated their houses and were outside to wave. There were vehicles lined up rural streets that maybe see three cars per day.  Most every vehicle was decorated. Families had drawn pictures on sidewalks and in the road with the Barker Strong slogan. Kids stood outside with their parents waving the American flag. One house had water and cookies pre-packaged at a table to hand to the people in the parade. It was the most inspiring show of community pride that I have ever seen. There were many times I had to wipe tears from my eyes.

These past few months have been so hard and mentally exhausting for all of us, but I think that sometimes remembering that we are all in it together can help ease the weariness a little. I feel strongly that one of the most important things in your life is the community you surround yourself with and I truly couldn’t be any more grateful for ours.